Winnie Au and her sisters Alice and Cindy, are the talented authors behind the book Canine Chronicles: 1900-2000, A Century of History's Most Notable Dogs. Each of the Au sisters have merged their skills and creativity together in bringing us this clever and imaginative book. This book will be featuring the most notable events in History played by these adorable well-behaved pooches while sporting vintage style attire of the past.


Tell us about you and your sisters. Where are you from?

Alice, Cindy, and I were all born in America to Chinese parents who immigrated from the Hong Kong area. We grew up in the countryside in a house with a river nearby, forests, cornfields, and insects!

We're from a city in northern Illinois called Rockford that most people have never heard of. We're the same Rockford as the Rockford Peaches in A League of Their Own; we were mentioned once in the movie Maverick; and Cheap Trick is from Rockford. That's about all we're known for.


How would you describe yourself and each of your sisters.

Well, there are three of us in total - Alice, Cindy, and Winnie. The first thing people often learn about us is that we were named after Disney characters. My parents are Chinese, so they gave us Chinese names, but they also gave us English names that sound like our Chinese names.

I think they were really into Disney when they had us, (they honeymooned at Disney World), so each of our names comes from a Disney movie. I'm just glad that I didn't end up as Dumbo or something like that.


Tell us what each of you girls do for a living.

We're very lucky, because each of us has a different expertise, and they make the perfect collaboration for a book.


Winnie what made you decide to become a photographer?

I think I decided to become a photographer when I started my first internship in photography in Boston, in 2003.

I was working for free with a great advertising and editorial photographer named Joshua Dalsimer, and in exchange for my work, he would teach me how to load film, use lights, and he always bought me lunch. First off, I'm a sucker for free food. This is still one of the best parts of the photo industry as almost all shoots are catered.

And secondly, it was the first job I ever had that didn't feel like a job. I couldn't believe my luck, that people actually got paid to do something so fun. So it's sort of like when you're in love, you just sort of know when something is right.


What do you love about your job as a photographer?

There are so many things to love - meeting new people, meeting new dogs, entering new places and environments, seeing the world, making people happy, the constant challenges, and the fact that every assignment is always different - there's no such thing as monotony.


What kind of photographs are you best known for?

A lot of people know me for my dog portraiture. I have been shooting dog portraits since 2005, and I photograph them in a way that's different from your typical pet photography. I want to give dogs the same care and attention that we often give models, presidents, and celebrities, so the portraits are meant to look more like traditional paintings.


Where has your work been featured in?

My work has been featured in a variety of publications, including Time Out New York, The Bark Magazine, Grub Street New York, and in Photo District News.


Tell us about your new book Canine Chronicles: 1900-2000, A Century of History's Most Notable Dogs.

The Canine Chronicles is going to be a photo book and fictional history of the 20th century's most notable dogs.

It will feature beautiful photographs accompanied by fictional tales of each dog's individual historical contribution. The dogs will be dressed in fashion appropriate to their historical moment, whether it's a scientist from the 1920's, an aviator from 1930's, a social revolutionary from the 1960's, or a tech innovator from the 1990's.


What inspired you and your sisters in making this book?

We love dogs, we love fashion, and we all enjoy science fiction and fantasy - maybe Cindy a little more than Alice and Winnie on that last one ;)

I love the idea of historical fiction. I just read the Percy Jackson series, and I think it's a great way for people to refresh something they've learned before, but in a new and entertaining way.

Anyhow, since we all know that dogs are responsible for most of the important
things that have happened in our last century, we're just helping to get the truth out there!


What are some notable historical personalities that you will be featuring in the book?

We will feature pooches from the eras of Albert Einstein and Amelia Earhart, a revolutionary dog from the 70's, and a Silicon Valley tech mogul from the 90's.


Tell us about some of the dogs that are being featured in your book? What are some of their breed? Where did you find such talented pooches? And what eras do they represent?

As of now we haven't finished our casting yet. We learned from our first shoot that it's easier to fit clothes onto larger dogs, so we're probably going to lean towards some of the larger breeds.

I love all dogs, but for this project, we're looking for strong facial expressions, like Boxers and Great Danes. I'm a huge pug fan, so I'm going to try my hardest to get a pug in our book! Because we're fitting clothes onto the dogs, the dog models have to be pretty well behaved.

Usually we find our dogs by simply sending out a casting call to friends and family and coworkers. If any of your readers have a pooch in the New York area who's up for the challenge of being a model, feel free to send dog photos to my email - dogportraitsbywinnie@gmail.com.


What did you and your sisters contribute in making this book possible?

So far on kickstarter we've had the support of a lot of friends, family, coworkers, and dog lovers, and we're really thankful for them. We still need more backers on kickstarter in order to make the book a reality, but with the support of more people and great sites like yours, we can reach our goal!


Where can folks purchase your book?

Right now, they can pre-order the book by backing our Kickstarter project at the link below.

If the Kickstarter project succeeds, we will sell the book at our Etsy store (siblingrivalrie.etsy.com).

Our vision is to make this book available to every dog lover, adult, and child worldwide. The distribution of our book will depend widely on the success of our kickstarter project. So the more people who back our project, the more likely we will find a wider distribution network.


Tell us about your project at KickStarter.

For those who aren't familiar, Kickstarter is a funding platform for creative projects. It allows us to offer exciting rewards in exchange for people's support. Funding is all-or-nothing, so if we can raise $6500 or more within the next 13 days, Canine Chronicles is a go!

If we don't make our goal, nobody gets charged anything, but we won't be able to make our book.

We're offering rewards featuring my dog photography - notecards with envelopes, archival prints, and copies of the final book - in exchange for people's support.


What are your goals for this project?

We need to raise $6500 in 30 days. We're 70% funded and we have 13 days left, so we just have a little bit more to go to make Canine Chronicles a reality. The funds we raise will help us produce the remaining photo shoots and cover the cost of printing the books.

If we reach our goal of $6500, we'll have enough money to create and start printing the books. And if we exceed our funding goal, we'll be able to make the book even nicer and print more copies. So in an ideal world, we'll exceed our goal so that we can get as many books into the world as possible and be able to share our lovely dogs with more and more people.


Where can folks go to support your project? 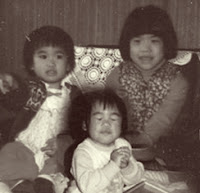