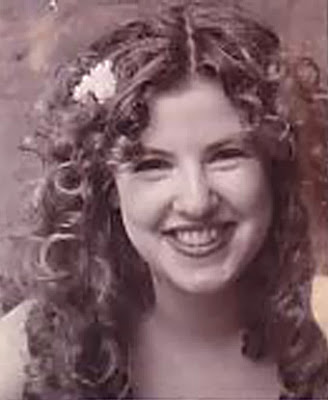 Charlotte would have liked to have been an old-time movie star, provided, she says, that they made great movies like they used to do. She studied classical singing and she also plays piano. This nostalgic woman longs for great music, fantastic movies, beautiful clothes, and times when men where gentlemen and women behaved like ladies.


The city of Gothenburg Sweden where Charlotte lives, was founded in 1621. One of the best things of that city are the beautiful buildings. She herself lives in a turn-of-the-century apartment with high ceilings. In addition for her love for movies, music, and past eras, she esteems the spiritual side of her life. Her moral values based on her spiritual beliefs are very important to her. Charlotte was taught to be considerate of others. “I am very sensitive and spiritual – I just wasn’t made for these times,” she says of herself, quoting a song by Brian Wilson from the Beach Boys.


Her passion for vintage started ever since she was a little girl, when she saw her first black-and-white classic movie and upon listening to an evergreen on the radio. “Fortunately for me, Swedish Television used to show lots of black-and-white classics while I was growing up and I was completely enchanted! As soon as I could read, I started reading everything in sight on classic movie, TV, and singing stars. From the start I was fascinated by how very special and wonderful they were!”


One of the reasons why Charlotte loves classic movies was that there was class. "The movies had class, the stars had class, people dressed in a classy way, carried themselves with class, and the music had class. I could go on, but you get my drift!"


For years Charlotte had longed to obtain vintage movie fan magazines, but she didn’t know how to find any, as this was before the Internet. She was so thrilled when finally she was able to unwrap her first vintage issues.


Since then she has managed to obtain 200+ vintage magazines ranging from 1934 to 1981 including Photoplay, Modern Screen, Motion Picture, and Screen Stars. She also has fashion and beauty magazines, such as Vogue, Harper’s Bazaar, and Mademoiselle. “When I immerse myself in a magazine it actually feels like I’m being transported to that day and age. I soak up the energy and atmosphere of that special time and it actually feels very healing and relaxing.”


What do you like and don’t like about the modern world? "I like the fact that communication, information and shopping are so much at our fingertips now, courtesy of the Internet. However, as we all know there is really bad stuff out there as well. I like that music, movie and TV shows are easily available to watch and listen to in the convenience of your home. What I don’t like is the crap they fill the airwaves with these days, the horrible so-called reality shows, bad TV shows, movies filled with nudity and violence, hip-hop and rap. I could go on. Everything is so cheap and vulgar these days."


Charlotte admits that there were problems in the past, but for her the past is infinitely preferable because it had something that has gone entirely missing from the present age, and that is charm. "When I think of living in the 40's and 50's, for instance, I think of living in a much purer and more optimistic atmosphere - an atmosphere filled with charm and beauty, a time where people were attracted to and loved things that were beautiful and sweet and charming! And there was romance and courtship. We are definitely missing out! It's like everything beautiful has been taken out of life."


Charlotte described how her perfect world be. "Good manners and grace, politeness and people being respectful towards each other again. Men being gentlemen treating women like ladies and women behaving like ladies. Great music, fantastic movies, beautiful clothes and hairdos. That sense of charm and beauty that used to be!"


What can we do to make this world a better place to live? "There is a saying that goes, 'Be the change you want to see in the world', and I think that is a very good thing to strive for!"


When Charlotte is not busy lamenting her fate of having to live in a time in which she does not belong or feel comfortable, how does she satisfy her yearning for those times in which she feels she really do belong? "My vintage magazines inspire me! I love books set in past times and time travel books and movies. Then to go along with that is my passion for classic movies and classic TV shows. They make me feel so good! I’ve also found there are several retro and vintage sites on the web. And then there's the music - REAL melodies and singers who could actually sing! And I love to sing those kinds of songs myself!"


Charlotte said the crowning glory to her nostalgic wallowing is, as it should be, makeup, hairstyling, fashion. "I can immerse myself in old magazine pictures for hours. The women were so beautiful back then, their makeup so lovely, their hairstyles so feminine and flattering! What happened?!"


When we asked Charlotte If she had a chance to go back in time, what year would that be and why. "It would be Hollywood in 1942, because I feel a strong affinity for both the time and the place. To me, it feels like home. She explained, “For quite some years now I have half expected (hoped) that I'll wake up some day and it will be 1942 and I'll be in Hollywood - it'll be a sunny morning (as always) and everyone will laugh when I tell them about my nightmare the night before - that I was living in the future and how things would turn out. I'll laugh along with them while letting out a sigh of relief - it was only a dream, after all!


"Would I travel back in time and live there, if given the chance? In a heartbeat! If anyone is building a time machine, please let me know about it! Meanwhile I’m doing the next best thing to actual time travel – I time travel in my mind to other, more fulfilling times and my means of arriving at my destination are classic movies from the Golden Age of movie-making, vintage movie fan and fashion magazines, great music (classical, evergreens, etc.), and books (I adore books that take me to other times). So even if I cannot go on a physical vacation to my chosen time and place at least I can go there mentally, spiritually and emotionally!"


Her favorite eras and styles, she said are that of the 1940’s and the 1950’s, as well as Victorian and Edwardian times are the closest to her heart.


Another one of Charlotte's spiritual ‘homes’ are London and England in the 1890’s, sort of at the brink between Victorian and Edwardian times. Whenever she reads or watch those stories of Sherlock Holmes, Charlotte said that she will get a special tingle down her spine. "It feels very much like home to me."


Charlotte feels a special affinity for England in many historical eras, such as Victorian, Edwardian, WWI and WWII, as well as the period between the wars. Not to mention the myths surrounding Camelot, King Arthur and his Knights, Shakespeare and his time. She also has a special interest in the 1st Duke and Duchess of Marlborough, John and Sarah Churchill who lived in the 17th and 18th century (some of their ancestors include Winston Churchill and Princess Diana)."


She also has a strong love for all things American. In fact, she even speaks English with an American accent. Charlotte said that she is crazy about the Old West and all its tales. Then she added, "I adore watching western movies and tv shows – provided they’re of the tried-and-true variety and not some horrible modern ‘take’ on the matter. Some of the very best are Rio Bravo and Stagecoach, both starring John Wayne (he’s great!) and on TV - High Chaparral, How The West Was Won, Little House On the Prairie, and Centennial (a mini-series)."


What would you like to bring back from the past? “Great fashion, beautiful hairstyles and makeup, good taste, an appreciation for the beautiful things in life, a sense of what is right and wrong, good manners, a sense of innocence and optimism, great music and fabulous singers, The Golden Age of Hollywood with the kind of classic movies it used to produce and great stars with real talent and larger-than-life personalities.”


When asked if she considers herself a Timewarpian, she answered, "I’m definitely a proud Timewarpian! I have no inclination to follow present trends or mores." 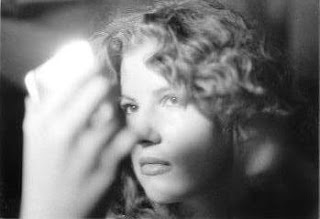 Her favorite movies are:


Some of her favorite actors are:

Posted by Carmen Johnson at 3:51 PM